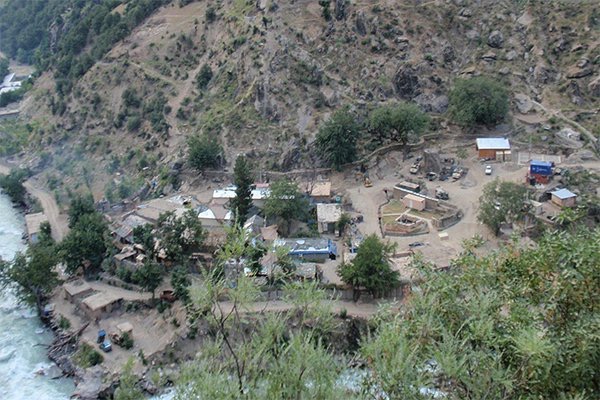 Combat Outpost Keating, or COP Keating. Surrounded by mountains on all four sides, Keating was not a good place to put a combat outpost. The men that manned the base called it “the fishbowl.”

On 3, October, 2009, at approximately 6 am local time, the Battle of Kamdesh started when a single rocket propelled grenade was fired into Combat Outpost Keating, an American combat outpost located in the Nuristan Province of Afghanistan. As Specialist Nicholas Davidson prepared to return fire from a armored Humvee equipped with an M-240 machine gun, the surrounding hillsides exploded with sound and fury.  Around 300 Taliban insurgents opened up on Keating with everything they had, which included, RPGs and AK-47s, B-10 recoilless rifles, Russian 82-mm mortars, sniper rifles, and anti-aircraft guns known as “dishkas.”

This battle, one of the bloodiest in the Afghan war, is covered with startling detail and honesty in the book Red Platoon, written by Staff Sargent Clinton Romesha. Romesha’s actions in the battle eventually earned him the Medal of Honor, the highest honor that can be bestowed on a member of the military. Over the course of the 16 hour firefight, 8 Americans would be killed and 27 wounded, making it the 2nd deadliest fight of the war. The bravery and honor shown by everyone involved is truly inspirational, and I highly recommend reading Romesha’s book. ﻿
The entire story is riveting and amazing, but what really stuck with me was the way the battle was conducted, both on the ground by the forces inside of COP Keating and the air support that ultimately saved the lives of everyone inside the base that day. 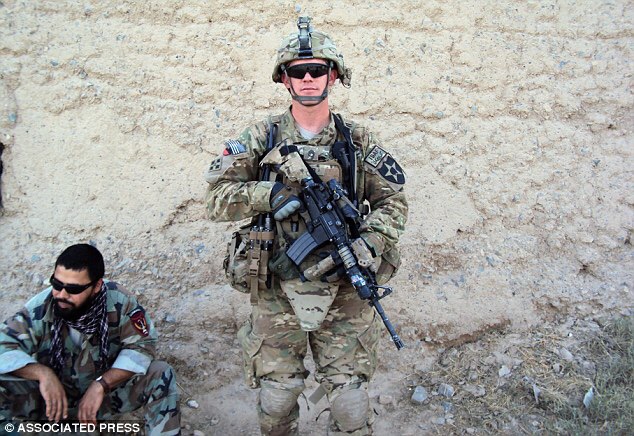 Medal of Honor recipient Staff Sgt. Clinton Romesha. Romesha led a small force that fought from room to room and building to building to take back Keating from the Taliban that were inside the wire.

First off, let me just say that I’m going to be making some comparisons of the leadership from the battle on that day in October 2009, to the leadership and management of people in work situations, and also to dealing with choices made in the fight against cancer. In no way does the situation on a factory floor or a doctors office compare to what the men of the 1st Platoon, B Troop, 3-61 Cavalry went through that day, because those guys were dealing with a real world life and death situation that would ultimately cost 8 brave Americans their lives. I’m looking at this from a leadership perspective, and decisions made under fire, and the consequences of those decisions. And also the support given to those men from forces outside of COP Keating, and what forces were brought to bear that day to rescue them. 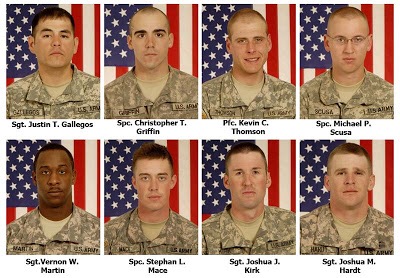 The eight heroes that gave the ultimate sacrifice in the service of their country.

When Keating was attacked by the Taliban, there were 60 Americans and 2 Latvians defending the base. As the insurgents moved down the paths from the mountains, they continued to pour fire on the combat outpost, and it became very clear to everyone inside the base that they were going to need some help, and that help had to get there fast. The first to arrive were Apache helicopters from Jalalabad,which helped take out some of the fighters hiding in the mountains overlooking the base. Eventually joining the Apaches were A-10  Thunderbolts from Kandahar, and F-15 Strike Eagles from Bagram. The F-15s were especially important, because not only did they concentrate fire on the bad guys, they also coordinated the attack with their radar. The men inside of COP Keating coordinated the fire from inside the base, and the aircraft responded. 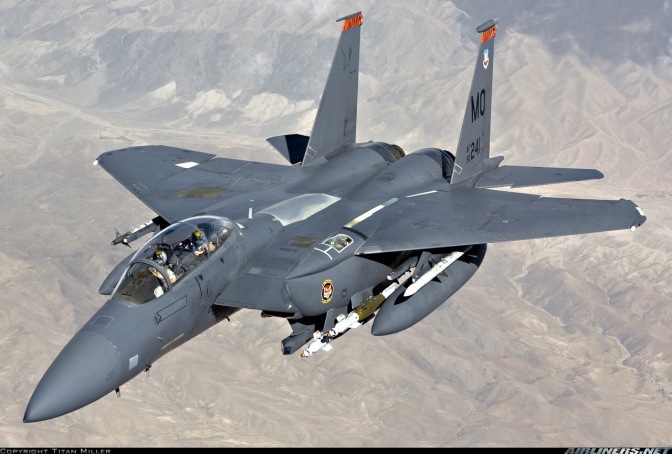 At Bagram Airfield, where the F-15s were based, the 335th Fighter Squadron has a little sign hanging next to a door leading out to the flight deck, that, to me, is the one of the most important aspects of this entire episode. The sign read as follows: THE MISSION IS AN EIGHTEEN YEAR OLD WITH A RIFLE. EVERYTHING ELSE IS SUPPORT. Those airmen, incredibly skilled, flying some of the most complicated machines in the world, were reminded by that sign every time they went out to their planes what was really important. An airmans highest duty lay in doing whatever was necessary to support the men with boots on the ground.

Eventually, Romesha and his men were able to retake COP Keating and evacuate the base, with major help from the air. But when I think about this battle, I can’t help but think about that little sign at Bagram. Most of the pilots at that airfield had advanced degrees and a lot of advanced training. Incredibly smart people. But they knew what was important. Boots on the ground.

Over the past 3o years working in a factory, I have seen a disturbing trend growing stronger and stronger. Management and engineers are listening less and less to the people that are actually doing the work, the people that are making the product that eventually gets sold to the customer. Managers and leaders spend a lot of time talking to each other, making plans that will ultimately effect how a product is manufactured without actually talking to the people that do the work. There are times when people will come and talk and point at my machine, making plans on what parts to run, while I am standing right there running the machine, and they won’t say a word to me. They are less inclined to listen to someone with “boots on the ground,” and more apt to listen to each other with advanced degrees.

As my sons, Jeff and Travis, move into management positions, my hope is that they never forget where they came from, running machines, waiting tables, loading trucks, moving freight.  My hope is that they never forget what that little sign at Bagram Airfield represents:  That a managers most important job is to support the people that work for them, and make sure their people have what they need to be successful. Boots on the ground are more important than all the advanced degrees in the world, because if the people on the floor don’t or won’t  do the work, you will ultimately fail.

The people that do the work.

I am incredibly blessed to have a doctor that takes the time to listen to me, and weighs my concerns when it comes to my cancer treatments. Once again, a doctor is a person with lots of advanced degrees, lots of education, and lots of training. But you know what his or her mission is?  To support you. To work with you. To help you get better. If you have questions, ask them. If you have concerns, voice them. You are the boots on the ground. My oncologist once told me, “Dan, I can give you all the statistics in the world. 70% of this or 30% of that will help you or not help you. But, when it’s you, stats don’t matter. You want to be 100% cured. That’s what we’re working toward.”  He understood the most important thing in my cancer treatment was me, the patient. Not him, the well paid, well educated doctor. My doctors are there to support me.

In the end, the most important people are the people with their boots on the ground.

A mid 50s cancer survivor with a lot to say. View all posts by Dan Cole

One thought on “Boots on the Ground”