My latest trip to the oncologist has yielded some really good news. It seems that Xtandi, aka, the Horsepills from Hell, are really effective at knocking down my testosterone, and in turn, my PSA has plummeted from 17 to 1.23. Hopefully, with my PSA down to more manageable levels, my tumors, (and I’m looking right at you, Ricardo,) will be starved of their cancer building cells and settle down a little. So that’s the good news.

The bad news? Holly has to live with me battling the side effects. Whew. Not fun at all. I’m trying to be better, but the dark clouds close in pretty fast some days. But, we’re survivors, and we’ll get through this just like every other obstacle in our marriage. This one can be a bit daunting, and it pushes the “in sickness and in health” promise to the limit. But, with God’s help, we will persevere.

I’ve decided to go with a frequently asked questions section of the blog for your inevitable questions that will come up with this great news. I’m trying to anticipate your questions because I haven’t really given you any time to ask them yet. But, I’ve given these questions a lot of thought, and I promise you that they are well reasoned, and not at all the result of one of my staffers having a bad day.

With that, let’s get started.

1. What about farting cows?

Damn it, Denise! What did I just say? Sorry, she’s having a bad day. Let’s start over.

1. Is Xtandi the magic bullet that you’ve been looking for? Is this a cure?

Sadly, no. Xtandi is basically a drug that does the same thing as Lupron, it’s hormone suppression therapy that makes sure my testosterone doesn’t feed my cancer. The reason why this isn’t a magic bullet is that eventually my cancer, which apparently is wilier than an anvil dropping coyote, will figure out a way to get around it. When my cancer becomes hormone resistant, that’s pretty much the beginning of the end. Now, that’s probably not going to happen right away, but eventually it will happen. 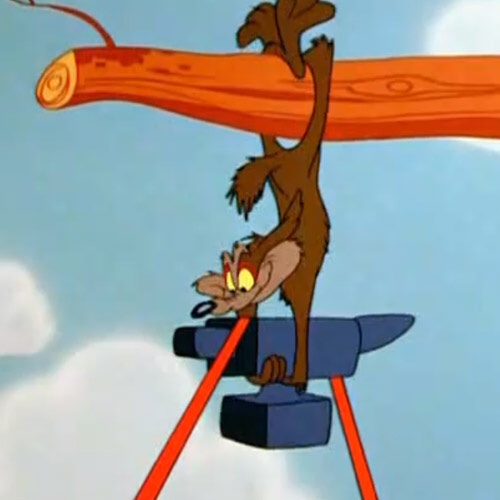 2. How long does the Xtandi work?

Wow, great question. It’s almost like you guys can read my mind. I went into the scary world of Google cancer, and tried to find this out, but, alas, I could find no general consensus on this. Instead, there are results from clinical trials, which generally showed that the people taking the drug lived 4 to 6 months longer than the people not taking the drug. 4 to 6 months does not seem like a long time to me considering the nasty side effects that I am currently experiencing.

I was talking to my friend, Jon, the urologist, who agreed with those numbers. And then we talked about what a bitch it would be to be in the control group of that trial. It would be like,”Here, take these pills. They might be something that allow you to live longer, or, they might be sugar pills. Good luck!” If you’re part of the control placebo group, they’re basically going to monitor you until you die. Seems a bit cold to me. But, when you agree to be part of a that type of trial, it’s the chance you take.

3. What comes after Xtandi stops working?

The next drug on the list for me will probably be Zytiga,which is another androgen deprivation therapy drug. This one gets paired with Prednisone, a clinical steroid, because Zytiga has been found to lower cortisol, so the Prednisone is given to combat that and control the side effects. It would probably have the same type of results, that is to say eventually my cancer would figure it out. Lupron lasted about one and a half years before it became less effective with me, so if Xtandi lasts 6 months, and Zytiga lasts 6 months, well, you can do the math. There will probably be a time in the coming years, most likely 2020 and maybe hopefully 2021, that we will have to start trying something else.

4. After hormone therapy stops working, is it time to throw in the towel?

Another great question. You guys are on point today! And here’s the answer to that question.

I know, that is not a great answer. I can’t see into the future, and if I could I would be a lot richer than I am now. If future me decides that the side effects of any upcoming treatments outweigh the benefits, then my care will move into the palliative side of cancer treatment. It’s the most brutal decision that a cancer survivor has to eventually make. Quality of life versus quantity of life. And this question has lots of factors, and it’s not just how I’m feeling at the time. Money is also a factor. If my treatments push my family into or near bankruptcy, and the treatments only result in a few more months of life, and in those few more months of life I generally feel pretty awful, than what’s the point? After I’m gone, I want Holly to have an enjoyable and productive life, and making us go broke to just hang on for a few months doesn’t seem worth it to me.

I’ve tried chemotherapy. It wasn’t that effective. So I’m not sure I will be signing up for that shit show again. The other things out there, like experimental treatments and clinical trials, MIGHT work, but they might not. I look at clinical trials as the “Hail Mary” play of cancer treatments. It doesn’t work that often, but when it does, wow, you can win the game. But, once again, are the side effects and the cost worth it in the long term? These are absolutely awful decisions that eventually will have to be made. 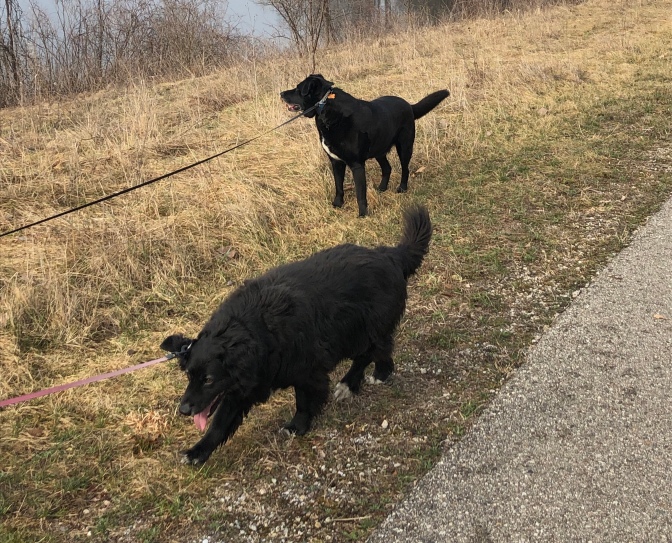 Roxie and Ranger, our doggie play dates today. A wonderful day for a walk.

But for right now, on this day, the sun is coming up, and it’s going to be a lovely spring day, and Zoey and I have a play date scheduled with a friend and his two dogs to go for a 5 miler at our favorite park. On this day, the news is good, the drugs are working, and I will live for another day. Cancer survivors take it one day at a time, one treatment at a time, and try not to worry about the future until the future arrives.

My hair is still amazing.

P.S. I’ve had a few people tell me that they missed my last blog, Chasing Rabbits. So, if you click the name, the link will take you there.