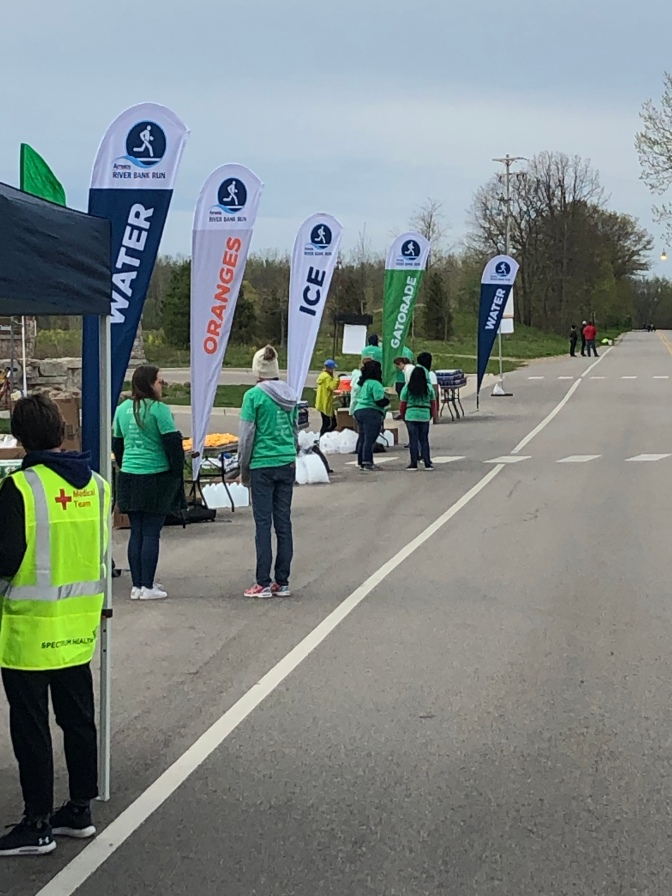 I was watching the World Series last fall when an advertising sign behind home plate caught my eye. The ad in question was for iTunes. It simply said “iTunes. 50 million songs.” My first reaction? Wait, what? Is that right? 50 million? Is that possible? Have 50 million songs been written and sung and composed, and played on millions of various instruments over the past few millennia since we humans became self aware enough to start writing stuff down like lyrics and notes and other sounds we consider music? I’m sure at some point a Neanderthal man once sat next to a campfire and grunted out some sad tune about the failure of the days hunt, and if he did it’s a pretty good bet that iTunes has it somewhere in their playlist. Sort of a “Grog sings the Blues.”

I am a subscriber to iTunes. I love the fact I can pull up almost any song I can think of at anytime. All for about 10 bucks a month. Let’s put that into perspective. It wasn’t that long ago we were all paying $16 to $20 just for a CD that held maybe at most 14 songs. When I was in college at WMU, there was a place we called State Vitamin, which was a kind of drug store/ liquor store/ record shop. I think it may have even sold some “smoking paraphernalia”, which was a cute way to say that they sold bongs. I remember buying “cutout” records there for the ridiculous price of $6. The problem with a cutout record was it usually had a flaw, usually a skip, but for that price, you put up with it. Although, when you taped the album to play in your car, sometimes those skips got passed along. I bought a Michael Stanley Band album there once, taped it, and forever thought there was a song that repeated a certain line, and I even sang it that way in the car, only to find out later that the line was only played once.

And when did I find that out? When I downloaded the album “North Coast” onto my phone from iTunes. The Michael Stanley Band catalog is part of the 50 million songs available. And I love it.

You’re probably wondering what all this has to do with the title of this blog, Being Grateful. It’s basically this. Over the past few years I’ve noticed a rather disappointing trend. It seems like any human advancements that have taken place over the past couple hundred years are being put down or trivialized. As a society, there have been some amazing advancements in things like science, and music, and business, and politics, and it seems we spend way more time putting these things down than we do at marveling how far we’ve come in these areas.

We moan and whine when it takes a few extra seconds for Netflix to load a movie we want to watch, when a decade ago we were all piling into the car and heading down to Blockbuster and hoping the movie we wanted was available to rent. A few decades before that, the only way to see a movie was to head down to the local cineplex and plunk down some cash for a ticket.

I could go on and on about how things have become much better for human beings over the past few decades. The world wide extreme poverty rate has fallen to an all time low. There is less sickness. AIDS was a new epidemic back in the late 80s and 90s. It’s almost been wiped out. If you’re reading this blog on a phone, you are holding in your hands more computing power than NASA had when it first launched the Space Shuttle back in 1981. A lot more. And we take a lot of this stuff for granted.

As modern humans, we just expect stuff to be easy and handed to us, and when it isn’t, when things are hard and complicated and messy, we whine and piss and moan that things aren’t fair, like the world owes us something for the trouble it occasionally puts us through.

I started writing this blog basically to chastise all of you that are reading it to be more grateful, to not take things in life for granted, that me, as a wise purveyor of overarching wisdom, could look down on you people that aren’t unfortunate enough to have stage 4 cancer, and tell you to buck up, Nancy, and get over yourself. The problem with that view is this.

I truly suck at being grateful.

Last month I was a spectator at an event I used to be a participant in, the Amway Riverbank Run. I ran this 25k event 9 times from the years 1994 through 2006. The few times I didn’t run it was because of various nagging injuries that prevented me from training properly for such a grueling race. (In 1996 I was struggling with a nasty case of plantar fasciitis and didn’t train properly and ran the race anyway. Whoa, that did not go well. Never made that mistake again.) Watching the race is a bittersweet experience for me. I enjoy watching the elite athletes fly by, impossibly fit human beings who do this long distance running thing for a living, but mostly I go to clap and encourage the everyday runner, the 8 to 12 minute a mile person that is out there for a personal goal, just to finish the thing to say that they did it. These are my people. Zoey and I root and cheer the hardest for the everyrunner in this group.  Well, I root and cheer.  Zoey barks and looks to get petted. 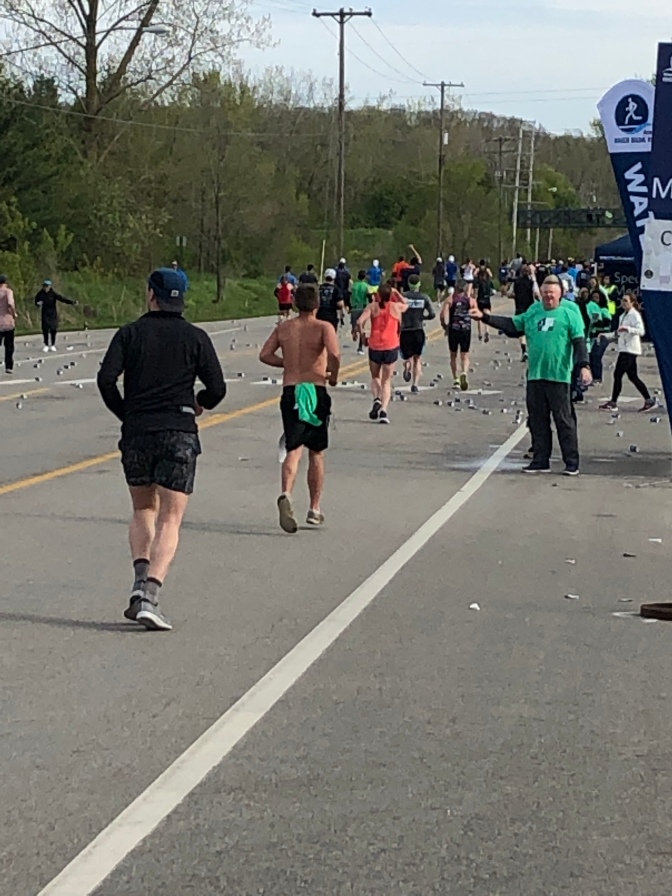 The bitter part of being there watching this is that I can no longer be part of this event. My cancer treatments have stripped me of the necessary leg muscles to drive myself forward as a runner, so I have to be content with my daily walks with my dog. I watch with a feeling of envy, of resentment, and I inevitably start feeling sorry for myself. And I also want to scream this at the runners.

“Are you grateful?! Do you know how lucky you are to be able to do this? You should be thanking God everyday that you’re not me, that you’re not doing what I’m doing, watching you run instead of being where I should be, running next to you! I should be in that group of 10 minute mile people, conversing with other runners, reveling in the joy of pushing myself towards the ultimate goal of finishing the race, and feeling confident and satisfied with how amazing I am. But, because my life sucks and I have this awful disease, I can’t be with you.”

If you are thinking to yourself after reading that, “Wow, Dan, that sounds really bitter and ungrateful,” you’re right, it does. And it is. There are times when the bitterness with what I have gone through over the past 9 years of fighting this disease comes directly to the surface and becomes an ugly spectacle. I try to limit these occasional bursts of awfulness to thoughts in my own head. My friends and family hear these thoughts from time to time, but I try not to burden them with my demons. And I also try to think about how lucky I am that I have new medical treatments and new medicine that have kept me alive for the past nine years, that without the miracle of modern medicine I would have died years ago.

But here’s the most ridiculous part of my thinking that people running a race should be grateful. I never was. Not once. Not once did I feel lucky or fortunate or grateful to God that I could run 15.5 miles on a particular Saturday morning in May. Not once did I feel grateful to be there with my fellow runners, in a kind of religious experience of moving forward as a group towards a common goal. Because running that race was about me.

It was about the work I put in, the training I went through. I wasn’t thinking I should be grateful while I was doing hill repeats, or doing speed work on a track, or doing long runs on cold, snowy Saturday mornings. It was a testament on how hard I could work towards a goal, and when I finished the race, I didn’t reach to the sky and thank God for giving me the ability to complete my task. No, I simply reveled in the amazingness of me, and that I could do something so extraordinary that took a lot of hard work. So for me to think that people running in a race today should be grateful because they’re healthy and strong is, quite frankly, laughable.

And here’s the thing. Even though being a 9 year cancer survivor has taught me to appreciate how precious life is, I still have a lot of work to do when it comes to being grateful. I still get caught up in life’s little problems. I’m still incredibly impatient with modern technology that makes my life easier. I was recently looking for an album on iTunes and didn’t find it. I was incredulous. I get upset when the WiFi is slow. I’m upset that I have to go down to the hospital every couple of weeks to pick up the medicine that is basically keeping me alive. I mean, jeez, can’t they just send it to me? What do you mean you want to check on me to see if I’m doing okay with it? I’m fine.

In the Bible, Jesus says to take the plank out of your own eye before you take the splinter out of someone else’s. I know what I have to work on. I have to get the plank of ungratefulness out of my own eye I before I can start lecturing anyone else on the sliver in theirs. Being a cancer survivor does not give me a license to tell people how they should feel, or how they should act. Being a cancer survivor gives me the opportunity to share with people that life is precious, and that we should be thankful for the days we have together.

Even if that particular days hunt is unsuccessful. Hang in there, Grog.