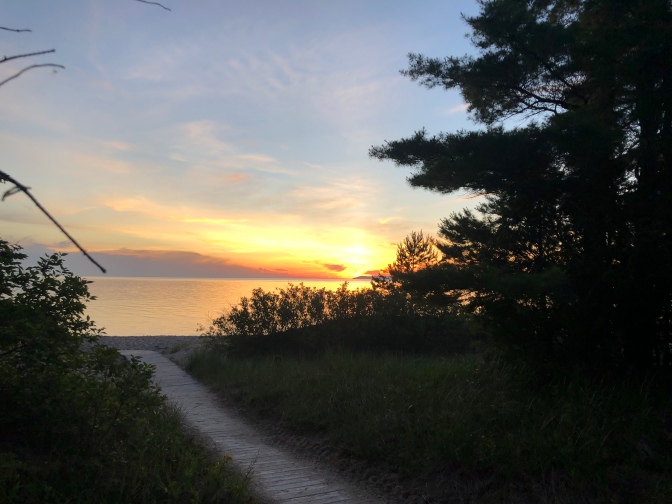 (Warning: This blog contains mature content. And by mature content I mean I use the occasional naughty word. I also describe some cancer things that might be characterized as “icky”. Sorry, it’s not the “fun” type of mature content, like naughty nurses from the planet Zoltan, or shirtless long haired men riding horseback across a surging river. If the occasional naughty word or “icky”cancer stuff causes you to clutch your pearls or swoon with a bad case of the vapors, you might want to sit this one out.)

So here’s the deal. My cancer has taken a decided turn for the worse. Last February, the drug Xtandi had taken down my PSA and had shrunk or eliminated my tumors. Since that time, the Xtandi has stopped working, my PSA has gone from 4 to 17, and my latest scans revealed more and aggressive tumors.

One tumor is perilously close to my rectum. If this one continues to grow, in a short time it will cause significant problems. I’ve had some ugly bathroom issues lately, so the problems may have already started. Because of this, the decision has been made for me to start chemotherapy as soon as possible.

The chemo this time around will consist of 10 sessions, three weeks apart. The chemo drug is called Jevtana or cabazitaxel. It’s a little different than the last time with docetaxel, but the side effects are similar.

This is a decision that is not entered lightly. I don’t do real well on this stuff, and after 6 treatments of docetaxel, I was pretty sick. I am not looking forward to an extra 4 more bags of poison being circulated into my bloodstream, but the alternative right now is much worse.

Which brings me to the title of this blog.

Back in World War II, the American men fighting the war had a couple of acronyms that they used to describe the situations they found themselves in. Those two acronyms were SNAFU and FUBAR.

SNAFU stood for Situation Normal All Fucked Up. This was used for things that went wrong on an almost daily basis, the normal part of a messed up situation that you just had to deal with in wartime. Plans frequently went awry, and the guys made adjustments to deal with it. SNAFU is still in use today. It’s mostly used to describe a problem that pops up in everyday life, although I’m pretty sure most people don’t know the F word is a prominent part of the acronym.

The other acronym, FUBAR, stands for Fucked Up Beyond All Recognition. That’s when everything goes wrong, and there is nothing normal about it. In World War II, Operation Market Garden was a FUBAR. I’m not going to tell you all about it (google it if you’re curious) but let’s just say things went very wrong for a number of reasons. A lot of men were killed, and General Bernard (Monty) Montgomery was proven wrong when he said that Operation Market Garden would prove to be a quick way to end the war.

Things pop up on the journey, (rising numbers, bad scans, bad side effects, bad or no hair days) that are a part of the whole cancer thing that survivors just sort of live with. You try to deal with it the best you can, and make your life as normal as possible.

But, what you’re ultimately trying to avoid, is FUBAR. FUBAR happens when everything starts running off the rails. Treatments no longer work. Tumors start shutting down vital organs. With prostate cancer, the cancer spreads to the bones, and the pain becomes unbearable.

Chemo for me is trying to delay the FUBAR. There is no cure for advanced prostate cancer, so I’m pretty sure chemo won’t cure me. But it might give me another year of life. In that year maybe a grandchild is born, or a wedding happens, or, dare I say, a Super Bowl victory for the Detroit Lions! (Hahahahaha! No. I mean, c’mon, there’s optimism, and then there’s the Detroit Lions.)

Whatever happens, I will try to write and share it with you, my dear readers. Your prayers and words of encouragement mean a lot to me, and I would appreciate those things not just for me, but for my family as well. This latest news has hit everyone pretty hard. This road ain’t easy for me, and it’s almost just as difficult for the people that I love.

My first chemo treatment is slated for August 7. That is D-day for Operation Preventing FUBAR. General Montgomery will not be consulted.

A late 50s cancer survivor with a lot to say. View all posts by Dan Cole